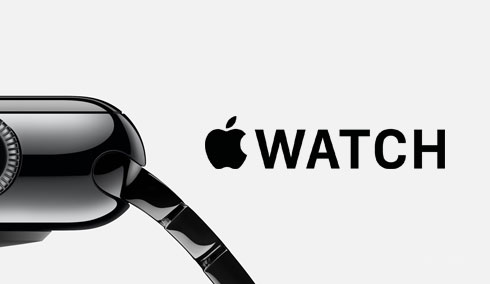 Apple Watch is Apple’s most personal device as its been the first device which apple has designed to be worn. Apple has always kept their goal to make technology more accessible. The Apple watch is designed to reflect a wide range of style preferences as its a personal expression more than a tool. Its styling is suitable for the universal audience however each one can customize it. Apple watch combines a series of remarkable master strokes of engineering into a singular, entirely new experience. Apple watch uses its digital crown as a multifunctional input device to scroll ,zoom, and select without covering the screen. It has many native apps. Apple watch increases the speed in the way we connect with things in our daily life and also will allow you to connect with people in new ways

Apple watch has an intelligent health and fitness companion – Activity app and Workout app. Keeping track of your daily activity apple watch shows you the count of your daily physical activity because it checks and measures your movement as well as its quality and frequency. Activity app shows your progress at a glance and provides you with the motivation you need to lead a healthy life. Its has a Workout app dedicated for cardio sessions which is very essential for everyone in todays world.

Our designers and developers are already researching on the possibilities of creating innovative apps and waiting for the release of watchKit. We have started studying the various aspects of the watchkit and the possibilities with its numerous features. Apple has announced release of WatchKit in early 2015. We at Quintet are getting ready for it. The WatchKit collection of development tools and APIs intend to make Apple Watch device a new platform for developers. Developers can start building fully functional native apps specifically designed for Apple watch.

Using WatchKit, developers will be able to incorporate ‘Glances’ capability into apps. This enables users to swipe the face of the watch and be able to check for news, travel, and other information. WatchKit will allow developers to create apps by which the user can respond directly from their wrist.

Apple even plan on some exciting features like converting your watch to a room hey that will let you enter your room, just by waving your Watch near the door. Watchkits does not limit the development to simple pop up messages. You can find where your car is and when it is time to fuel it. Apple is trying to change the way you interact with everyday activities. Possibilities for interactions are endless in situations like a boarding a plane, waiting for a train or travelling.

Apple has taken fitness very seriously and to a whole new level. It uses Gps /Motion / to see if how long you were active , how many steps you have taken etc.

Apple watch makes it as simple as swiping a watch to make a transaction , swipe your hand and pay instead of having to look for wallet. This is a real nice feature which many of the developers can integrate into their apps.

The apple watch works seamlessly with the iphone , You can send sms , voice , control music from your phone , It integrates the whole ios ecosystem making it stronger and enables it to work seamlessly

With apple watch you can send emails and messages from your watch. Developers will be making your favorite messaging app available soon in the application market .

Tons of watch faces can be used by the apple watch. which shows us the endless possibility for developers creating a huge variety of apple watch faces and a lot of features attached to it.

Apple watch comes in 2 sizes for those who have small wrists and big wrists , so the apple watch will cater to a big audience of male and female users.