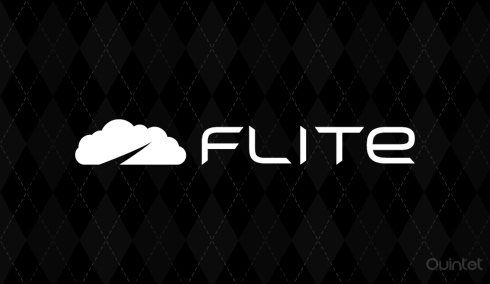 Flite is a small run-time speech synthesis engine developed at CMU. Flite was developed from Festival Speech Synthesis System, the initial speech synthesizer. It is also known as Festival-Lite: a lighter version of Festival without any of its pitfalls. Flite was primarily designed for large servers / small embedded machines. Festival was written in C++, but later discovered that C++ is not portable and had problem with the size and efficiency of the code produced. Taking that into consideration, Flite was developed in C to outweigh the pitfalls Festival had. Festival was designed as a R&D process whereas Flite was designed as run-time speech synthesizer that can be integrated to any application. The input data files for Festival were loaded in external memory and hence was slow and memory expensive. Since Flite is targeted for small embedded machines, core language data is stored in ROM which can be loaded to memory without any explicit loading. Flite uses diphone synthesis technique – sound to sound transition in a language.

Our developers have already used Flite in various iOS and Android applications. They have worked on various features Flite offers and they have expert knowledge about the engine. If you have one such requirement, we will be more than happy to integrate Flite into your applications efficiently.

How Flite is beneficial for your company

Flite uses diphone synthesis technique which makes Flite one of the best speech synthesis engines in the world. That along with its C code base means Flite will be speedy, efficient and portable. It is portable because it can be used in multiple platforms and works hand in hand with the native frameworks of these platforms. For example FliteEngine for iOS and Android, works along side the respective audio framework of each platform. Flite is developer friendly and it is easy to integrate, implement and understand and it is an obvious choice when looking for a Text to Speech engine to integrate with your application. It also supports basic voice processing like pitch shift, variance shift etc.